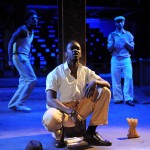 Founded in 2000 by Artistic Director Mehmet Ergen and Executive Producer Leyla Nazli, Arcola stages 24 shows per year including 6-8 in-house productions, specializing in new writing and international works alongside re-interpretations of classics and some opera.

Internationally acclaimed artists in Studio 1 are complemented by groundbreaking work in Studio 2 from some of the most exciting
young companies.  Arcola is much more than an arts venue, providing an extensive multi-cultural community and youth programme.

ASSOCIATION OF DANCE OF THE AFRICAN DIASPORA (ADAD) 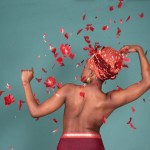 Established in 1994, ADAD’s work supports the development of high quality dance experiences which reflect the rich and diverse contribution of African cultures to British society. 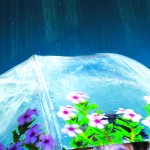 ATC aims to make fresh, bold and ambitious new productions for as wide an audience as possible.

Our work is made by bringing together emerging and established artists, from both the UK and abroad. We combine contemporary playwriting with devised work and innovative productions of classic texts.

By encouraging collaboration between artists and by creating dynamic partnerships with audiences, venues and companies across the world, we aspire to make work that is cohesive, provocative and entertaining; work that we hope everyone will want to see. 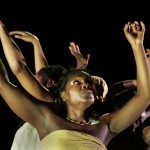 Collective Artistes is an international performing company that produces socially-relevant theatre from Africa and the African Diaspora.

Formed in 2002, the creative team and core performing company have worked together since 1997 in major productions, touring the UK and internationally. 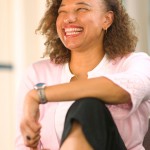 Founded in 1997, Extant is the first performing arts organization in the UK, managed for and by visually impaired professional arts practitioners, seeking to promote the arts and culture of the visually impaired community.

Extant produces theatre in the UK as well as touring internationally. In 2007 Extant was the first disability led organization to win the 29th Arts and Business Award for The Cast Party, and experimental event, sponsored by Orange.

In 2008 Extant became a Regularly Funded Organization of the Arts Council England. 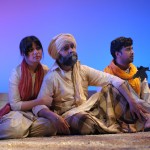 Established in 1991, Kali has a reputation for creating quality touring theatre that takes audiences on unpredictable journeys that inspire, excite and intrigue. We seek out strong individual Asian women writers who challenge perceptions through original, thought provoking theatre. We focus on content and ideas as much as on style, aiming to present memorable theatre based on challenging and innovative ideas. We actively encourage our writers and audience to reinvent and reshape the theatrical agenda. 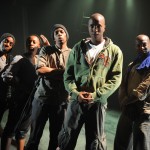 Nitro has created over 60 shows, developing opportunities for black artists and working with some of the most talented performers, composers and writers, since its inception in 1979.

Exploring epic and explosive themes such as migration, cultural values, belonging and salvation, Nitro’s unique blend of music theatre brings spectacle and intimacy to the art of story telling. 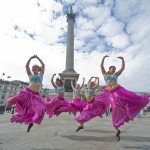 Nutkhut (mischievous) are a leading outdoor performance company based in London, working nationally and internationally. 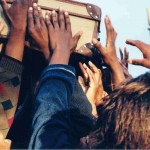 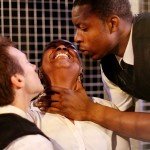 The Red Room creates theatre that frees the imagination to challenge the status quo.

We aim to create theatre, film, debates, forums and web-based events that challenge social injustice and promote human rights. We aim to create work that is original, daring, provocative and inspiring, for audiences who question the changing world.

We aim to forge alliances with artists, activists, writers, social commentators and organizations to campaign for equal rights and a better understanding of our stake in contemporary society. We believe that it is not only governments and the powerful that should have a say, but ordinary people. Through our work we hope to give voice to those under represented in society in a form that is accessible in style and challenging in content.

The Red Room believes that theatre should be a genuinely public art form. 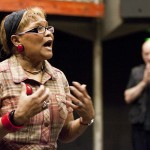 Spare Tyre is in the process of researching and developing work with:
• older people with dementia
• adults with complex disabilities
• women with experience of war, trafficking, prostitution and domestic violence

Using an increasingly sensory approach to its work, involving a range of art forms and multi media, Spare Tyre taps into many a powerful untold tale and unleashes the talents of people who are alienated by society, daring to bring their bold, sexy and ugly stories to a stage near you. 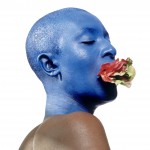 In addition to its productions, the Company showcases strong Black, Asian, Minority Ethnic (BAME) plays that may not make it to full production, and broadens the spectrum of work created by BAME artists through seed commissions.

Talawa runs an extensive Education and Participation programme that includes Talawa Young People’s Theatre and a programme of inclusive outreach activities. The Company also uniquely boosts the writing skills of emerging and established writers, through its Writers’ Group. 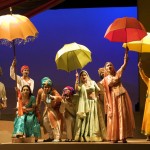 Our goal is to transform theatre to create a space where British Asian talent takes centre stage, through original writing and productions that provoke debate, ideas, passion and laughter. 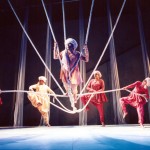 From TARA’s studio in London, the company tours vibrant adaptations of European and Asian texts, brings the great stories of the world to children in junior schools and develops emerging artists and new audiences.

Tiata Fahodzi (‘theatre of the emancipated’) produces world class theatre which reflects the living experiences of Africans in Britain. It commissions and develops new writing as well as reinterpreting African and European classics.

The company was founded in 1997 by British-Nigerian director and actor Femi Elufowoju Jr. Its recent, highly acclaimed coproduction with Soho Theatre, Iya-Ile by Oladipo Agboluaje (which told the story of a powerful Lagos family in the turbulent 1980s) was nominated for a 2010 Olivier Award and the play won the prestigious Alfred Fagon Award. 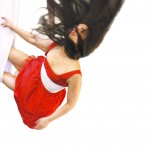 Upswing have swung and spun their way through a stunning array of multidisciplinary performances: from old skool hip hop and young love, through African mythology and Kenyan acrobatics, to an Olympic descent of Nelson’s column that sent a silk banner cascading down this familiar monument. The aerial and circus world of Upswing is poignant, unpredictable and eloquent. 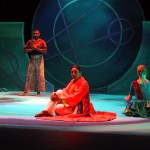 • solo performances by Vayu Naidu and new work with internationally renowned artists
• promoting storytelling narrative as a craft through a series of masterclasses
• Licence to Tell – Standup Storytelling
• apprenticeships and the Guild of Storytelling with platforms for emerging storytellers
• education, health & community projects – work in schools, colleges, libraries and museums; in hospitals and other healthcare settings; with families and diverse community groups. 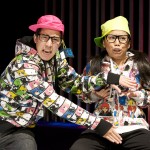