Ravi Thornton was awarded the inaugural bursary in 2013. 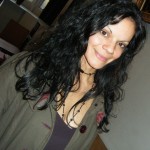 The London Hub created The Barry Reckord Bursary, a new playwriting bursary open to BAME writers resident in the UK.  This bursary is part of The London Hub’s commitment to supporting emerging artists.

The beneficiary of the bursary receives financial support; mentoring by a dramaturg; the opportunity to have their play co-commissioned by Talawa Theatre Company and Bush Theatre; and publication of their play Oberon Books if it is produced.

About Barry Reckord
Born in Kingston, Jamaica, Barry Reckord made a significant contribution to British Theatre with work that captured the conflicts of class and race during 1960’s Britain. His award winning play Skyvers was first produced at The Royal Court in 1963. Other work includes the plays Flesh to a Tiger, You in Your Small Corner and the television dramas In the Beautiful Caribbean and Club Havana. Some 14 plays of his were produced in London, New York and Jamaica, where he was nationally recognized with a silver Musgrave medal.

The bursary is supported by Oberon Books.

The bursary was launched at Reckord Celebrations on Sunday 23 September 2012 at Bush Theatre.

Reckord Celebrations celebrated the pioneering life and work of playwright Barry Reckord who died in 2011.

The income from the ticket sales funded the bursary in 2013.

APPLICATIONS WILL OPEN AGAIN IN 2014.